Fix for NTSC when you die. 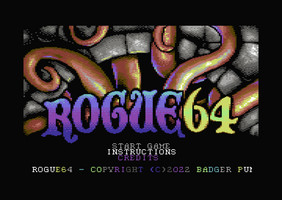 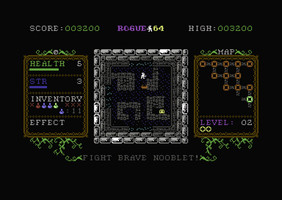 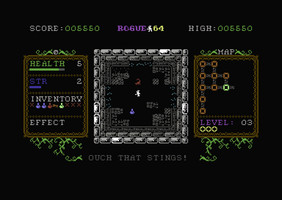 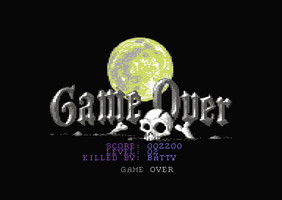 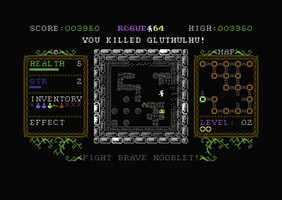 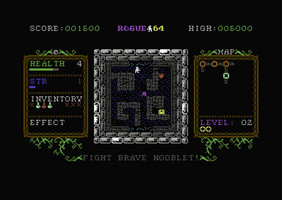 As reported by a few people there is a bug in version 1.01 where the music would start skipping and then the Game Over screen has garbage instead of score. Version 1.02 fixes this issue, and will also fix the issue where the game crashes at the end of the game if when going to Win Screen in NTSC.

This version is not an NTSC version, but fixes issues with running the game in NTSC. Thank you for your patience, and thanks for everyone who has bought the game! 🙂

Modern roguelike for the Commodore64

Version 1.02: Muting music with F1 only works first play. After dying and starting new game F1 does not mute music.

Thanks for the info. We will look into that. Does it work if you try hitting F1 more than once after dying and starting a new game?

Thanks for fast feedback! Yes, I have tried pressing F1 several times. Pressing F7 for title screen is also non-functional. I have tested the keyboard after additional deaths and input is not restored. By restarting computer and game keyboard input works until first death. Tests are performed on a C128 using backbit-cartridge.

I retried this functionality in vice 3.6.0, and there the functions keys works as intended! I can only draw the conclusion there are issues with either the backbit-cartridge or the c128.

I've tested the game with Backbit on 2 additional c64:s with different revisions of motherboards, and there are no problems with these. Which leaves me with the conclusion that the c128 is the only platform that displays this behaviour. However, on the c128 it only occurs after playing for a while, tested death after level 3 and dying. Immediately pressing F7 after game have started cause no issues. The tests on the c64:s was similar to the tests on the c128.

Thanks for testing so much! We don't have an actual c128 to test this with or a Backbit, so it might be a hard one to fix. We have taken note of the problem and will see if anyone else reports the same problem.

We are not sure if there will be a fix for this in the near future. Sorry for the inconvenience. 🙂